The Viper Mk IV is a heavy combat ship manufactured by Faulcon deLacy. Its ability to equip a class-4 power plant makes it ideally suited to long-range combat missions, while its armour allows it to soak up much more punishment than its predecessor, the Viper Mk III. These features come at a cost, however, making the Mk IV heavier and less agile than the Mk III.

The Viper MkIV is a ship manufactured by Faulcon DeLacy. It is an upgraded variant of the Viper MkIII, and is classified as a heavy fighter craft designed for ship-to-ship combat superiority. Its improved internal modules, including a larger Power Plant, allow it to branch out from its predecessor's combat specialisation and take on a wider number of roles.[1]

The Viper MkIV is a heavier variant of the Viper MkIII that sacrifices mobility for increased toughness. Its appearance is very similar to that of the MkIII and it can be difficult to tell the two apart, especially with the former's ship kit.

By default, the MkIV has weaker shields than the MkIII due to its higher hull mass. However, the MkIV is capable of fitting a larger Class 4 shield generator, whereas the Viper MkIII is limited to a Class 3. This results in the Viper MkIV potentially having much stronger shields than the MkIII. Stronger shields combined with a higher base hull and more space for Hull Reinforcement Packages can make the Viper MkIV substantially more resilient than the MkIII. These improvements come with the drawbacks of slightly reduced turn rate and speed. This makes it vulnerable to attacks from more nimble ships like Eagle MkII and Cobra MkIII, and can be a disadvantage in a direct firefight against a Viper MkIII. Worthy of note is that the Viper MkIV suffers from heat dissipation issues similar to that of its predecessor, though it does run slightly cooler. Additionally, with a Class 4 Power Plant, it can more easily power weapons with high power draw such as Railguns, as well as better defenses such as Shield Boosters. Though it is one of the least agile small ships, it is also one of the toughest. It is far more resilient than any other ship in its price range and can hold its own in a pure combat role. Additionally, a fair cargo capacity makes it a viable option for a Pirate.

Although the Viper MkIV is a small ship, it is one of the best options for beginner deep-core asteroid mining. Its internal compartments and hardpoints can fit the necessary mining tools and still have space for 32-40 tonnes of cargo. Furthermore, such a build costs less than 10 million credits, making it affordable to all but the newest Commanders. Miners can use the Viper MkIV to earn their way to superior mining ships, such as the Python, Krait MkII, and Type-9 Heavy.

Overall, the Viper MkIV exchanges mobility for defensive capabilities and can be more appealing to pilots who prefer bulkier ships. Whether it is better or worse than the MkIII comes down to preference and skill, though it does have a much higher price.

The Viper MkIV has a delta-shaped hull which is significantly wider than the MkIII. The cockpit is situated just behind the bow, slightly raised. Compared to the MkIII, the MkIV's cockpit is less exposed. The MkIV lands on two small rear struts and one large front strut which doubles as a boarding ramp to the cockpit.

All ships are customisable through the Outfitting menu of Station Services. Listed below is the default load-out for the Viper MkIV. 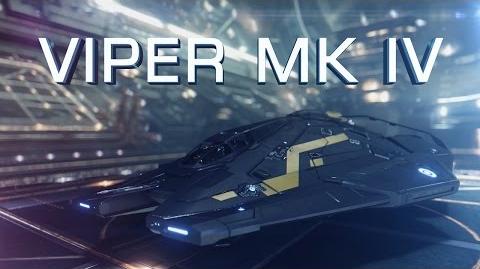 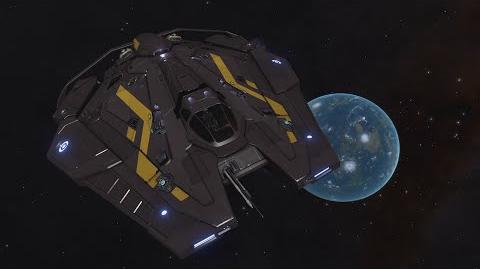