Not to be confused with Frame Shift Wake Scanner.

Wave Scanner is an SRV-specific module. It is a unidirectional long-range (compared to the Radar) forward facing scanner that detects a variety of vehicles and points of interest such as:

When the SRV is facing a point of interest, the wave scanner displays the signal received from it in a band which narrows as the SRV approaches the object. The signal is also converted to audio which can be used to estimate the position of the SRV relative to the POI.[1]

The Wave Scanner can differentiate three types of signal sources: natural, vessel, and artificial. Each has its own signal pattern: natural signals indicate the positions of fragments that can be mined, and have the lowest frequency, occupying the lowest part of the radar and emitting a low-pitched sound; vessel signals point to vessels of any kind, including ships and ship crash sites and have medium frequency; high-frequency signals indicate the presence of various data points and settlement systems.[1][2] 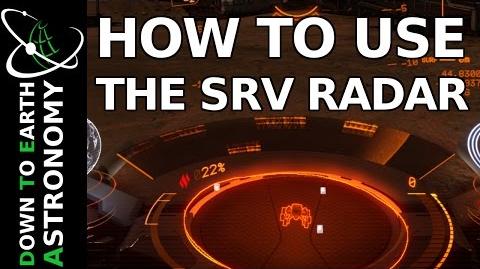 HOW TO USE THE SRV SCANNER RADAR 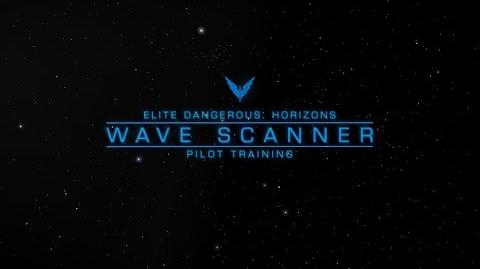 Wave scanner appears on top of the radar while in SRV 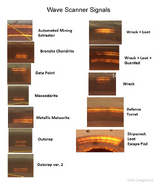