The Witch Head Nebula, also known as IC 2118, is a nebula in the Inner Orion Spur approximately 890 ly away from Sol. A frontier enclave was established at the nebula under the direction of Aegis in July 3305 in order to exploit the local Thargoid Barnacles for Meta-Alloys.

For years, the Witch Head Nebula was a popular tourist destination for its dramatic vistas. On April 11, 3303, Witch Head Science Centre, a science outpost Asteroid Base, began operations in the HIP 23759 system in the nebula. While it lacked the full suite of station services, it was a convenient traveler's stop for fuel and repairs between the Core Systems and Barnard's Loop.

The region remained quiet until July 11, 3305, when Professor Alba Tesreau of Aegis Research announced that an initiative to locate additional Thargoid Barnacles had uncovered new sites there. The Alliance, Empire, and Federation each launched concurrent campaigns to gather resources to be used in the construction of new Starports and Megaships in the Witch Head Nebula to quickly exploit the local Meta-Alloy supply.[1]

On July 25, as six Ocellus Starports and an Outpost arrived in the Witch Head Nebula to begin the colonization phase of The Enclave initiative, Thargoid forces immediately attacked them, ostensibly taking action to defend their territory. Professor Tesreau called on independent pilots to defend the stations, or else the pioneer factions in charge of the colonization effort, Federal Acquisition Corp, The Imperial Exemplars, and Alliance Expeditionary Pact, would be forced into retreat and access to the new Meta-Alloy sources in the region would consequently be cut off.[2]

The response to the request was so impressive that the Pilots Federation opened a new Surface Port with a shipyard, Jackrock Outpost, in the Witch Head Sector LC-V c2-10 (Wellington) system less than a day later as a reward for pilots fighting in the region.[3] All six systems were pronounced clear of Thargoid Incursions by the end of July 27.[4] On July 31, Admiral Aden Tanner confirmed the victory, noting that humanity's colonial assets had been firmly established in the region. Professor Tesreau added that the Alliance, Empire, and Federation had officially declared the Witch Head Nebula to be a human enclave that they would share equally. She also requested the galactic community's assistance in repairing the nebula's starports so that they could begin harvesting the local barnacles.[5]

The fifth wave on August 29, 3305 opened one Settlement, Silveridge Progress, in Witch Head Sector LC-V c2-9 (Yuanjia). Repairs were completed for Hanna Enterprise, the last of the six original Ocellus Starports that had been damaged by the Thargoids.

On January 14, 3306, Universal Cartographics formally renamed the 15 systems colonised in the initiative. Chair Cynthia Sideris explained that the change was made for the benefit of explorers and the residents of the Witch Head enclave.[8][9]

After nearly six months of relative silence from the Thargoids, they caught the residents of the Witch Head Nebula by surprise with Incursions in Haki, Onoros, and Shenve on January 9, 3306. At the same time, the systems Asterope, Atlas, and Celaeno in the Pleiades Nebula were also hit. Casualties among pilots in the Witch Head Nebula were high due to the unexpected increase in Thargoid vessels, and colonists were alarmed. Professor Alba Tesreau of Aegis commented to Vox Galactica that the Thargoids were likely motivated to continue fighting for the region due its plentiful barnacle sites. While local authorities were hopeful that a defence force would soon be organised, Rewired pundit Kelvin Masters pointed out that the enclave's minor factions had recently begun jockeying for influence, which was a significant break from their previous united front.[10] In matter of months, every system in the enclave fell under the control of minor factions affiliated with the Alliance due to a surge in support from independent pilots.

On October 15, 3306, Thargoid forces began probing the Alliance-controlled systems of Onoros, Lembass, Haki, Wellington, and Shenve. With neither Aegis nor the Alliance Defence Force in a position to respond to the sudden assault, the Alliance Expeditionary Pact deployed a megaship to Onoros, the Golden Stag, and issued a call to independent pilots for aid to prevent the attacks from expanding into a larger invasion. To entice pilots to the remote region, the Technology Broker at Bray Landing in Yuanjia reduced the unlock costs for Guardian weapons and modules.[11] The defence of the Witch Head Nebula was a triumphant success due to a massive response from independent pilots who destroyed the bulk of the Thargoid assault force, driving the remainder into full retreat. To celebrate, the Bray Landing Technology Broker extended the discount on Guardian weapons and modules for an additional week.[12]

By November 9, 3306, the Thargoid Barnacles in the Witch Head Nebula had begun to exhibit signs of over-exploitation. With the possibility looming that meta-alloy sources in the region could be exhausted in the near future, the Alliance announced a joint expedition with several corporations, including Sirius Atmospherics, to secure fresh meta-alloy sources in the Coalsack Nebula. Independent pilots investigating the Adamastor ghost ship had traced its path to the Coalsack Nebula and discovered an extensive Thargoid presence there, including new Thargoid Barnacles.[13]

The systems of Evangelis, Haki, Lembass, Onoros, Shenve, and Wellington, in addition to three colonized systems in the Coalsack, fell victim to Thargoid Incursions on December 31, 3306. The Alliance Defence Force was, as feared, too slow to prevent the infestations, and local security forces reported being overwhelmed. Admiral Aden Tanner warned that Aegis could not adequately respond to the situation due to the recent funding and resource cutbacks, and called on independent pilots to provide assistance.[14] Thousands of colonists were confirmed dead on January 7, 3307 as the offensive entered its second week, with only two of the three affected systems in the Coalsack cleared of Thargoid Incursions; all six of the targeted systems in the Witch Head Nebula remained under siege. Admiral Tanner reiterated that the nebula colonies had no other option but to rely on independent pilots for protection from the alien threat.[15] 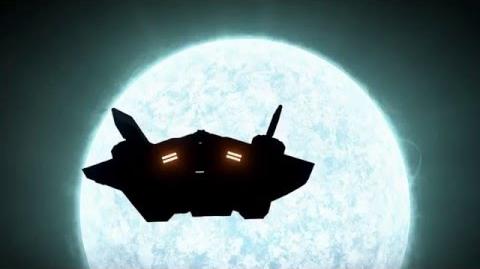 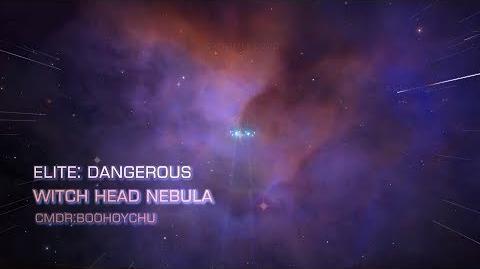